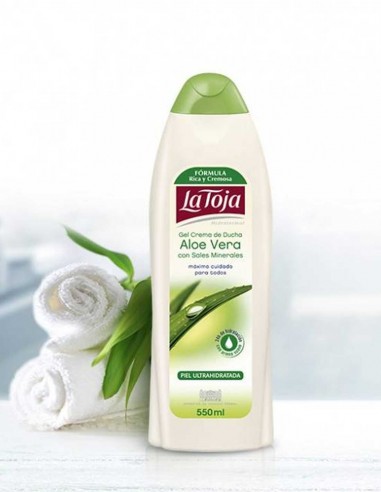 ALOE VERA SHOWER CREAM GEL With Mineral Salts of Thermal Water. The utmost care for everyone. Its formula with Mineral Salts from La Toja and Aloe Vera maintains the skin's level of hydration for 24 hours for a skin that is always soft, elastic and smooth.

The result: ultra-hydrated skin. Maintains the neutral pH of the skin.

La Toja shower gel is made with mineral salts from the thermal spring on the island of La Toja situated at the Galician coast. These salts give La Toja it's unique properties which helps keeps the skin hydrated. You will love the smelling of this shower gel, it is something really special & people that have tried it, remember its smelling perfectly. 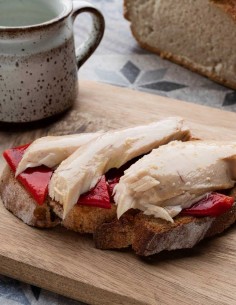 Ref. 4974
$9.59
1 Reviews
The neck of the Spanish white tuna is one of the emblematic products of the company. The most select slices and fillets from the top of the tuna, close to the head and known as the cogote, is cut by hand and is a product of special juiciness, filleted and hand-packed. We use only Bay of Biscay tuna processed fresh during the summer campaign, to offer you... 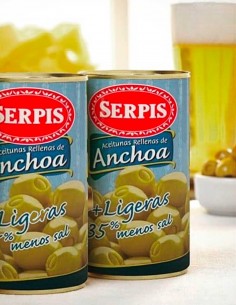 Ref. 3321
$4.39
1 Reviews
Aceitunas Rellenas de Anchoa Bajas en Sal With all the flavor of anchovy stuffed olives, but 35% less salt. Are now stuffed more than any other olive on the market, offering the best flavor and quality.
View 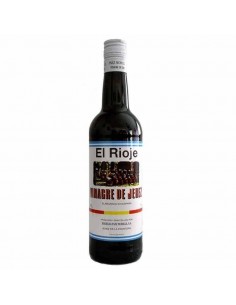 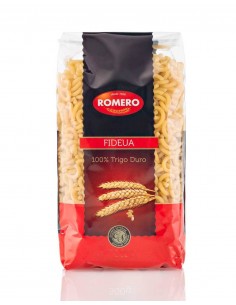 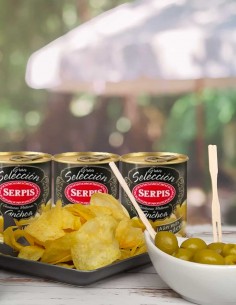 Ref. 3301
$6.75
1 Reviews
Aceitunas Rellenas de Anchoa Anchovies Stuffed olives of a special caliber, they are the biggest. The SERPIS Anchovy Stuffed Olives are now stuffed more than any other olive on the market, offering the best flavor and quality. 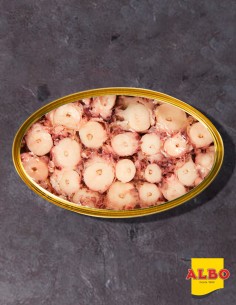 Pulpo en Aceite de Oliva At Conservas Albo we prepare the octopus in the traditional way, cooking and packing it with the best olive oil. The typical and delicious octopus, carefully processed, tender and juicy, simply with salt and oil or marinated, makes up another one of the exquisite delights of rich Galician cooking. 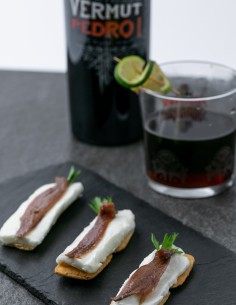 Ref. 4791
$7.89
4 Reviews
The art of fillet Anchovies is a traditional painstaking work that has gone from generation to generation in the Cantabrian Sea Coast. These anchovy fillets have been roughly selected and homemade by “Las Sobadoras de Santoña”. Local women from the village of Santoña, who have dedicated their entire lives to elaborate and make worldwide known this fine... 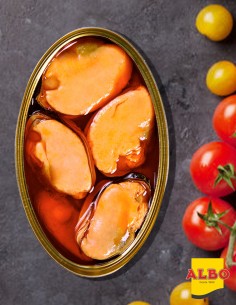 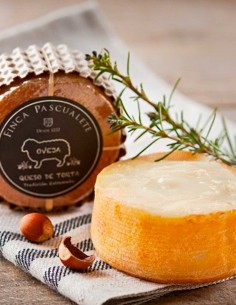 Ref. 2125
$18.99
2 Reviews
To be eaten with a spoon, opening the top cover of the cheese, or spreading it in toasted bread. It additionally offers multiple applications in the culinary scope. Hand-pressed unpasteurized sheep's milk cheese made with traditional artisan mime. Its flavor is soft but very personal and persistent on the palate, with memories of a field due its vegetable... 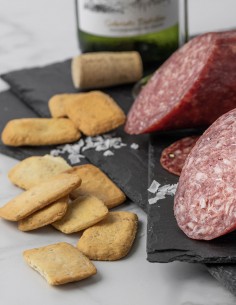 Ref. 8148
$4.25
1 Reviews
Regañas - CrackersNet Weight: 8.8oz/250g Regañas and all their variants are an indispensable accompaniment to the well-known tapas that Spain has managed to export and make so fashionable all over the world.
Tap to zoom
You need to login or create account